It all started when...

Headline from the Times-Independent, March 1969
Making the Trail
In 1969, after hundreds of hours of exploration and mapping of a vast stratified layer of bald Navajo sandstone nearly 1,000 feet above and overlooking the Colorado River, Dick Wilson, a reporter for the Times-Independent and Moab resident, proposed his concept of a marked, 12-mile trail to the Bureau of Land Management (BLM). The local, state, and federal agencies eagerly endorsed Wilson's proposal and provided an early example of citizen and government cooperation. Wilson originally designed the trail for trail bikes and lightweight motorcycles, and the trail is still open to motorcyclists to this day.

The Moab Slickrock Bike Trail was completed as Neil Armstrong walked on the moon in July 1969. It was now clearly marked and provided an area for beginners and advanced riders to explore the slickrock. It was a momentous period in the United States history, but not so much in Moab, Utah.

The little town of Moab grew from 1,275 residents in 1950 to 4,682 residents in 1960. The population has averaged about 5,000 residents since then. But with the closing of the local uranium mine, the town was in an economic crisis. Not as many people came to visit and not as many jobs were available. The residents had to be creative to make a living in Moab. Dick Wilson continued exploring and writing about the Canyonlands, Arches National Park, Glen Canyon, and other beautiful areas in southern Utah for the newspaper.  He also explored and filmed Canyonlands, Arches, and Lake Powell and traveled locally to show the film and provide the live narration.

Mountain bikes were invented in the late 1970s and mountain bikers discovered Moab in the early 1980s. Because of this, and many off-road opportunities and events, prosperity has returned to Moab. Sunset Magazine even voted it as one of the "20 Best Small Towns in the West" in the March 2009 issue. 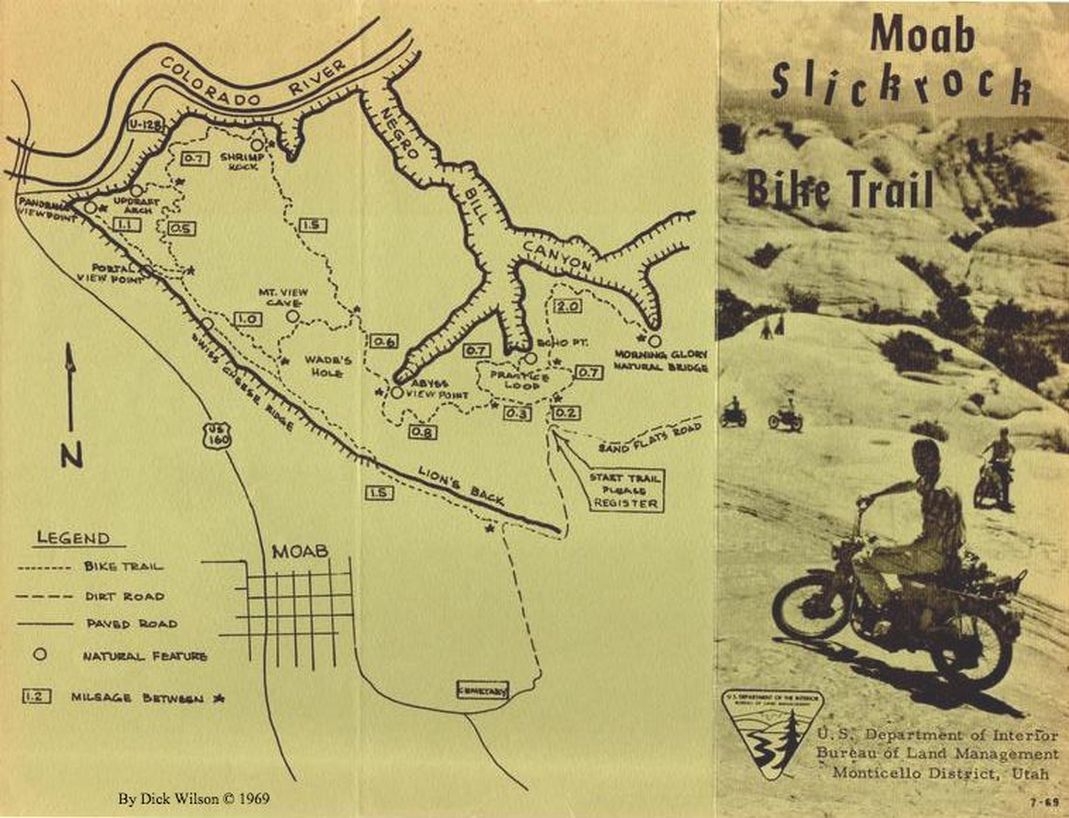 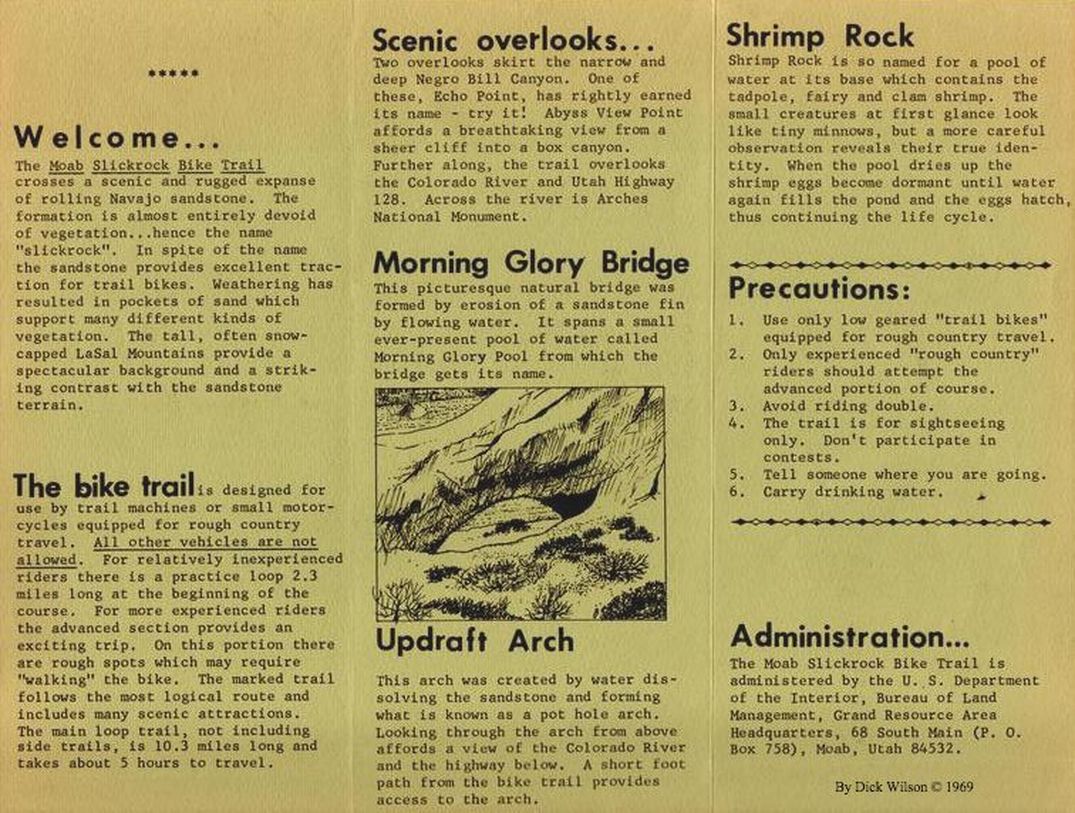